What Are The Advantages And Disadvantages Of Solar Street Lights 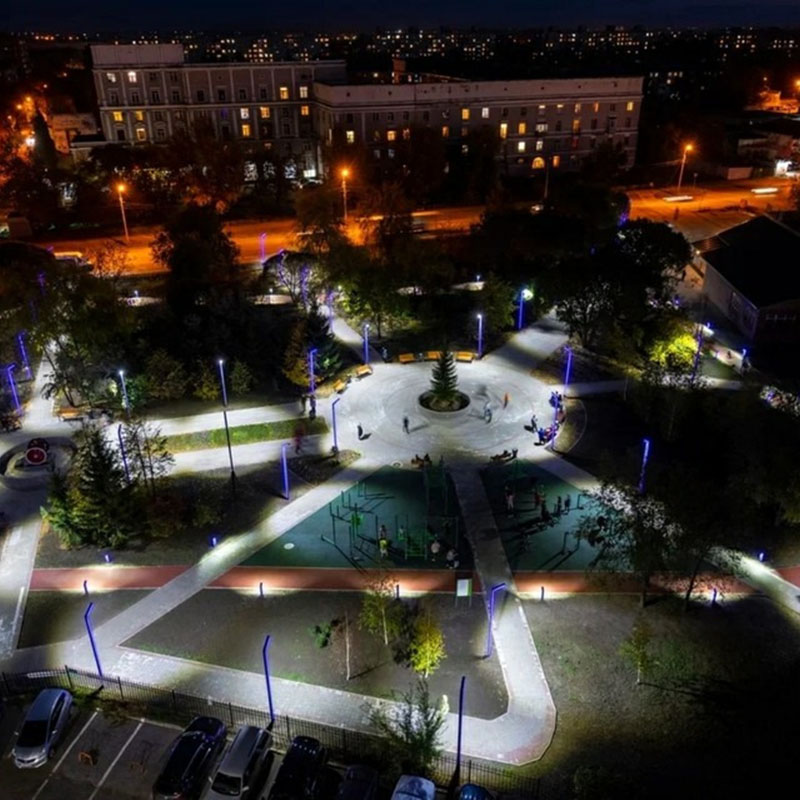 1. Solar street lights use solar photovoltaic cells to provide electricity. As a green and environmentally friendly new energy, solar energy is "inexhaustible and inexhaustible". Making full use of solar energy resources has positive significance for alleviating the shortage of conventional energy.
2. The installation of solar street lights is simple and convenient. There is no need to do a lot of basic engineering such as laying cables like ordinary street lights. It only needs a base to fix it, and all lines and control parts are placed in the light frame to form a whole.
3. The operation and maintenance cost of solar street lights is low. The operation of the entire system is automatically controlled without human intervention, and almost no maintenance costs are incurred.

Dispersion: The total amount of solar radiation reaching the Earth's surface, although large, has a low energy flux density. On average, near the Tropic of Cancer, when the weather is relatively clear in summer, the irradiance of solar radiation is the largest at noon, and the average solar energy received on an area of ​​1 square meter perpendicular to the direction of sunlight is about 1,000W; The average day and night throughout the year is only about 200W. In winter, it is only about half, and cloudy days are generally only about 1/5, so the energy flux density is very low. Therefore, in order to obtain a certain conversion power when using solar energy, a set of collection and conversion equipment with a considerable area is often required, and the cost is relatively high.

Instability: Due to the limitations of natural conditions such as day and night, seasons, geographic latitude and altitude, and the influence of random factors such as sunny, cloudy, cloudy, and rainy, the solar irradiance reaching a certain ground is both intermittent and It is extremely unstable, which increases the difficulty for the large-scale application of solar energy. In order to make solar energy a continuous and stable energy source, and finally become an alternative energy source that can compete with conventional energy sources, the problem of energy storage must be well solved, that is, the solar radiation energy during the sunny day should be stored as much as possible for nighttime or rainy weather. However, energy storage is also one of the weaker links in solar energy utilization.